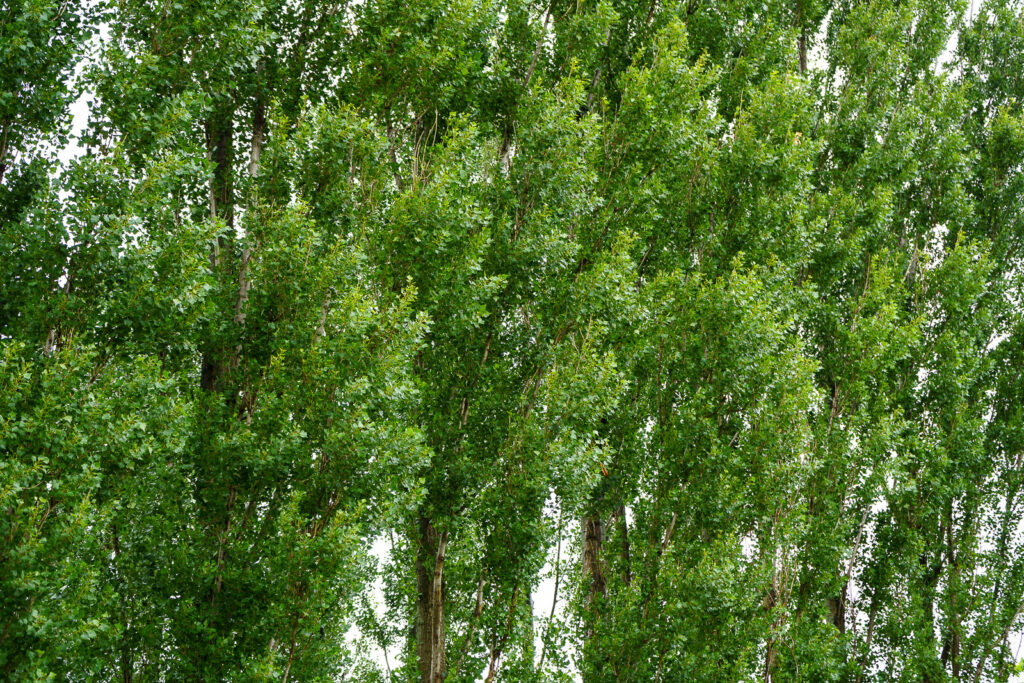 My wife, myself, and our good friends (all vaccinated) took a mini vacation over Memorial Day weekend to get out of our respective houses and disconnect for a little while. We stayed at a beautiful B&B in Bellefonte, PA called Reynolds Mansion (special note for the breakfast – most excellent), a well-restored traditional American mansion built in 1885, which was a great jumping-off point to do some tourism in the State College area. We all live within a fairly short drive from Bellefonte, but it’s also distant enough to feel new and exciting.

After a long week of unseasonably warm weather, Saturday was grey and cold. Naturally, we went to a garden. We didn’t explore all of the Arboretum (it being 45 degrees and no one having planned for winter weather) but we did walk through most areas.

I was surprised at the variety of flora they had growing outside of a greenhouse – I didn’t know banana plants could grow in Pennsylvania!

The grounds were wonderfully maintained, with good signage for all the plants. Every few minutes we saw another bunny, or another robin, or some other animal. They were enjoying the gardens just as much as we were.

We found a circular koi pond with lilies and other plants scattered along the surface. The water was almost mirror-like, and very cloudy – I could only see a few inches down into the water. Every so often an unseen fish would nibble at a stem, sending ripples over the surface.

Despite the day being grey and overcast and a little wet, the gardens were full of color. Turns out, spring is a great time to go strolling through a garden – who knew?

A large portion of the gardens was closed off for construction. Penn state is creating a Pollinator and Bird Garden, the goal of which is “to attract all the region’s native pollinators and the broadest possible range of bird species”, as well as housing a honey bee colony.

The Arboretum is only about an hour away from where we live – we’ll definitely be making a return trip when the new gardens are complete.

Penn’s Cave & Wildlife Park is a classic central Pennsylvania tourist destination. Many of the above-ground buildings are kitschy, western-themed money pits (pan for gold with this expensive bag of dirt!) and the only place to purchase or pick up tickets is in the middle of a fairly large gift shop with wares such as slogan t-shirts (“Beer, guns ‘n’ girls”, etc) and blocks of balsa (the usual “Live, laugh, love” in slightly cracked paint), but the commercialization reduces to a minimum once on the path to the cave tour.

After a nice walk down a steep hill and some stairs, we reached the main entrance to the cave. Penn’s Cave is filled with water from a natural spring, so all tours are run by boat. It’s clear that the upstairs commercialization is run with preservation of the natural beauty downstairs in mind. The landing platform is minimal, some concrete, a roof, and a gate leading directly into the water. The tour boats are entirely electric, no gas, no harmful fumes. Before long, the tour guide returned with his boat load of guests to disembark, and we loaded in and set off.

The tour was a good mix of history, general info, and corny jokes. There are specific formations the tour guide called out (“Look, there’s the Starship Enterprise! There’s a shark fin! A heart!”), but much of the cave was just well-lit natural grandeur.

Some time ago, I upgraded cameras to a Sony A7 III, hoping for much-improved low-light performance. I haven’t had a great opportunity to test out low-light situations since I purchased it, outside of controlled long exposures with a tripod. All of the photos in this article are handheld. Many of them did get binned, about half for normal reasons like poor composition, the rest from side effects from a low light environment (blurring, unacceptable amounts of noise), but the majority of photos turned out wonderfully from a technical perspective.

I programmed my ideal range of settings into the camera (set a maximum ISO, set the ideal shutter range, EV, etc) and let the camera do the hard thinking, while I focused on composition and listening to the tour guide. I didn’t have to spend time fussing with my camera settings, despite wildly varying lighting conditions.

Back to the Tour

At the tour’s midpoint, the cave opens up onto a man-made lake. The company built the lake and created a channel between the lake and the cave in order to control flooding during heavy rain. The lake integrates well with its natural surroundings – it has nice contours, overhanging bushes, and wildlife in and around it. We even got to see a muskrat, which was new for me – even the tour guide snapped a few quick photos.

The lake also provides a spacious area to turn the boat around and head back into the cave.

On the way back through, the tour guide pointed out a few more interesting tidbits of cave lore, including Cave Bacon, which is a real, not at all made up thing.

There’s really only one path through the cave – it doesn’t split or branch off anywhere, at least not where the water is. We took the same route back to the landing area, but this time from the opposite side of the cave. I grabbed a few wider photos of some of the more impressive areas on the way back through.

The first and last room of the tour is the Cathedral room, named for obvious reasons. The room seems to be the oldest, just from the sheer amount of natural crenellation on every available surface. The walls go up and up and up, covered all the way with natural, effortless detailing that would make the Pope green with envy.

Within the cave, an hour passed like nothing – a beautiful way to spend an afternoon. I always find cave tours interesting and exciting, and this was no exception.

We exited the cave hungry for lunch, and headed to the well-rated Axemann’s Brewery. Industrial style brewhouses are fashionable these days, and Axemann’s took the idea and ran with it – the taproom settles in a massive, partially-abandoned industrial complex. It’s the first time I’ve felt like I was walking into a 20,000 square foot hole in the wall.

Axemann’s doesn’t keep their kitchen going every day, but instead brings in rotating food trucks, which adds to the impromptu feeling. The beer was excellent, as were the mimosas (I hear). It’s a shame I can’t say the same about the service.

We whiled away the afternoon with flights of beer and fancy, and a restroom with a thirty-foot ceiling. Even if the service was a bit slow, it took me a solid two hours to work my way through my liter of beer, and what a beer it was.

The brewery was only about five minutes from our hotel. After a long day chatting and drinking and exploring, it was wonderful to wind down in a soaker tub. We greatly enjoyed our weekend in Bellefonte and will be staying again – even if it’s just for Mike’s breakfast.

You may also enjoy Exploring Centralia, or the more photo-heavy exploration of Kinzua Bridge State Park.

Five Miles Up Raccoon Mountain
The Sweetest Tour On Earth