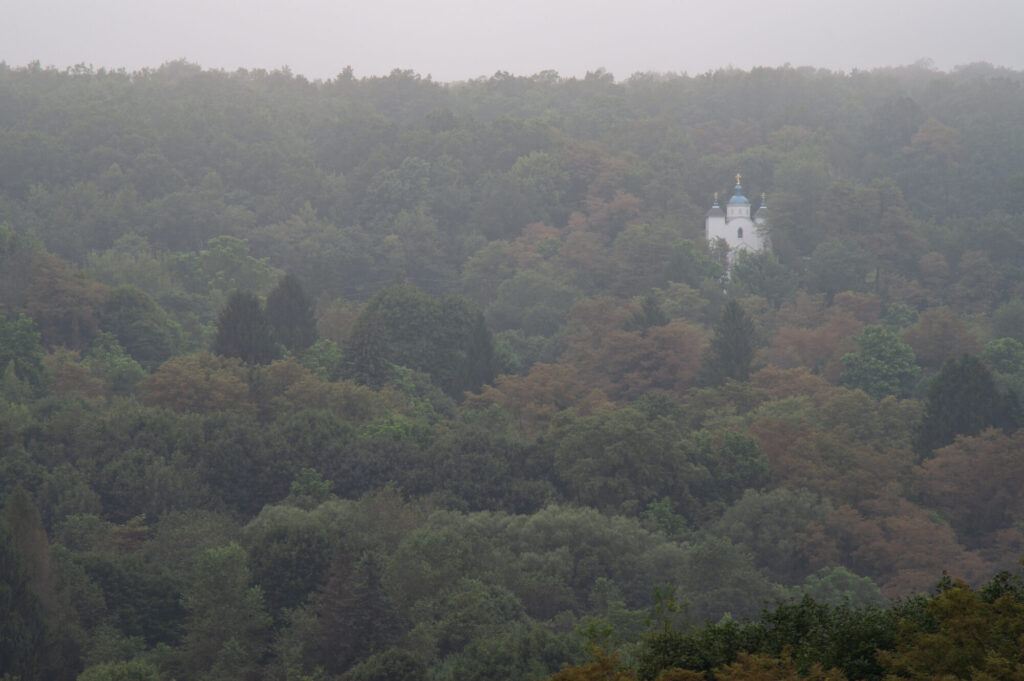 In a small pocket of coal country in central Pennsylvania are the remnants of a town destroyed by a decades-long coal mine fire. The summary: in 1962, somebody messed up, and the ground beneath Centralia has been burning ever since.

In the nearly sixty years since then, the state purchased and destroyed almost every structure in Centralia. There’s a handful of stubborn folks that still live there, but the houses and structures to support the 1,400 people that lived there in 1962 are now gone.

Most of the old town is open for exploration – being publicly owned, there’s little danger from state police, but the remaining residents do not like being disturbed. We avoided any remaining houses.

Past years saw a significant amount of ground instability near the fires. Old sinkholes and similar have made the off-road areas of the town difficult to traverse. However, it’s created a naturally-occurring haven for ATV courses and hooligan hangouts. We arrived around 7:00 AM, and within an hour heard a few dirt bikes running through the trees.

These days, the fires are almost out, though it’s still possible to catch a whiff of sulfur near the bottoms of old sinkholes and along the Graffiti Highway. A few years ago, the underground fires raised the ambient ground temperature enough to kill off any vegetation, but temperatures have normalized enough for the area to look much like any other area.

The only remaining structures don’t take a kind view to visitors. The area’s Catholic church, built on a solid foundation of bedrock, is plastered with No Trespassing signs and clearly roped off. There’s an unassuming town center along the main road. It was once decorated with the town’s name, but is now simply “Municipal Building” in short, squat lettering, and is used for emergency vehicle storage for the surrounding Coal Township.

The main attraction of Centralia is, for most, Graffiti Highway. It’s a stretch of road that was declared unsafe as the fires consumed the earth beneath, and it’s clear why. The road surface has been torn apart. The whole place has a dystopian, apocalyptic vibe – or it would, if it weren’t covered in poorly drawn dicks and drug references.

The road surface has been painted and re-painted so many times that in most places it’s impossible to see the original road surface – just layers and layers of graffiti.

Centralia is an interesting bit of Pennsylvania history, and if you’re in the area it’s worth a look – but I wouldn’t travel more than an hour or two to see it.

The state parks in the area offer great trails and beautiful views – if you do come, plan to visit one or two.